A shortage of truck drivers has companies scrambling to find enough qualified applicants. If making good money while driving long haul or on a dedicated daily route sounds appealing, this is the perfect time to acquire your class A commercial driver's license (CDL) and hit the road.

In 2015, the industry has a need for some 35,000 additional tractor-trailer operators and drivers of other heavy trucks. If demand for freight hauling reaches projections, nearly a quarter-million new drivers will be needed by 2023. The problem is expected to worsen as large numbers of drivers start thinking about retirement.

Drivers of heavy trucks and tractor-trailers were earning a median wage of $19 per hour as of May 2014, according to figures from the Bureau of Labor Statistics. That's about $39,500 per year. The top 25 percent of earners in this field were making more than $49,000 annually. Most of the drivers in the bureau's data work in general and specialized freight hauling.

The American Trucking Associations (ATA) reported higher wage figures in December 2014 for dry-van drivers working for national companies on irregular routes, such as those general freight haulers in the BLS data. The ATA shows median annual pay of around $46,000.

Even better, notes the ATA, private fleet drivers have a median pay of more than $73,000. These drivers don't work for trucking companies but for organizations that need to haul freight for their own purposes. Some large retail store chains, for example, have private fleets.

The long-haul trucking industry historically has needed to deal with high turnover. Many drivers eventually decide they don't want to be away from home for weeks at a time. Boosting pay rates isn't always successful. Trucking companies are having to take a hard look at this problem now and make some changes.

That's good news for you if the idea of being a truck driver is appealing but being gone a lot is not. Creating additional dedicated runs that have set routes and allow drivers to be home more frequently -- sometimes every night -- is one way companies are tackling the problem.

Another option involves letting drivers split long-haul deliveries. One driver might bring the load halfway to the destination while another picks it up and continues. The first driver then can pick up a new load in the general area and head back toward his or her home base.

Does This Sound Intriguing?

Start investigating opportunities for obtaining your CDL if truck driving sounds intriguing. Many schools offer training. In addition, numerous trucking companies provide their own training or pay for you to attend a training center if you sign a contract to work for them for a certain length of time. For more information, talk to a company like Twin River Logistics. 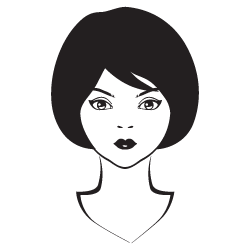 Of all the classes I have taken in my life, my 7th grade technology class had the greatest impact on my life. Before this class, I had never operated a power tool or even considered making anything more substantial than a clubhouse made from old blankets. By the time I completed this class, I was sure of my decision to secure a job in the manufacturing industry. I am now retired, but even after all these years, I am in awe of everything that has been accomplished using even the most basic industrial process, such as thermal processing. Through this blog I hope to give back to the world what my 7th grade teacher gave to me, a true love and appreciation of machinery.